If you saw a billboard along the highway advertising America’s Worst Apple Pie at the next exit, would you stop and try it? I didn’t the first time, but I couldn’t forget that sign on Interstate 80 in northwestern Pennsylvania.

During my next drive across Pennsylvania, the billboard was gone, but the pie was still there. And so, my curiosity forced me to stop at the Plaza Restaurant at the Emlenton Truck Plaza to indulge. The menu listed two choices:

I ordered Dutch ala mode and a cup of coffee.

The pie is deep dish, with thick fresh sliced apples and a flavorful flaky crust. And it was among the best apple pies I’d ever tasted. 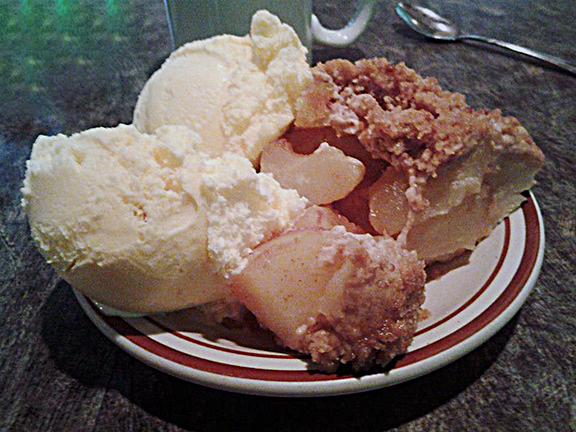 So why was the delicious pie called America’s worst? It started with a promotion by owner Ed Yasechko, Sr. in 1989, when he posted ads on the billboards along Interstate 80. To kick off the promotion, he held a pie baking contest, and the winner’s recipe would be used at the restaurant. Anne Cooper won, and her recipe has been used at the restaurant ever since. The pie also received national fame on CBS Sunday Morning and 60 Minutes.

The Plaza Restaurant is located just off Exit 42 in Emlenton, Pennsylvania, and reservations are not required. For more information, visit the Emlenton Truck Plaza’s website or call (724) 867-1511.

Not convinced? Then read the Pittsburgh Post-Gazette’s story about the pie. 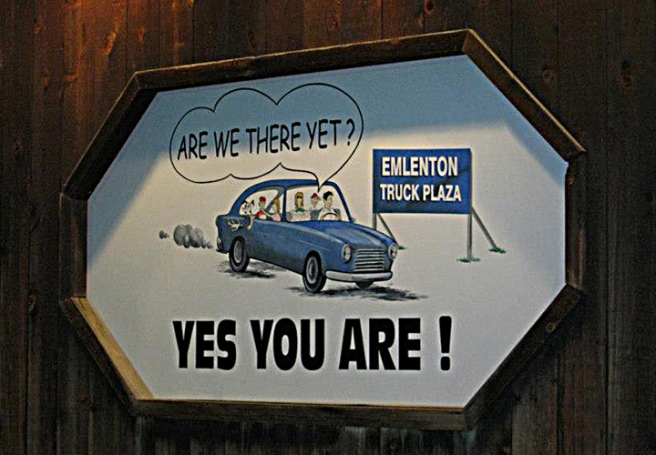