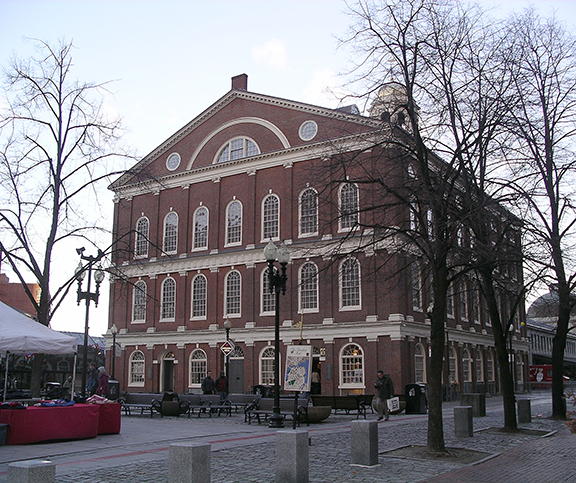 The Visitor Center moved to a pop-up location at 15 State Street and will stay there until renovations are finished.

Quincy Market, next door to Faneuil Hall, will remain open during the repairs.

Faneuil Hall was the idea of Peter Faneuil , a wealthy local businessman who proposed a central public marketplace in Boston in 1740. He fully financed construction, and the building was completed in 1742. During construction, he added the Great Hall as an afterthought, it seemed. The building housed the town government and a public hall for concerts, banquets, and ceremonies–in addition to its original intent as a marketplace.

Faneuil Hall became an important meeting place for the colonists’ discussions and debates leading to the Boston Tea Party and the American Revolution. 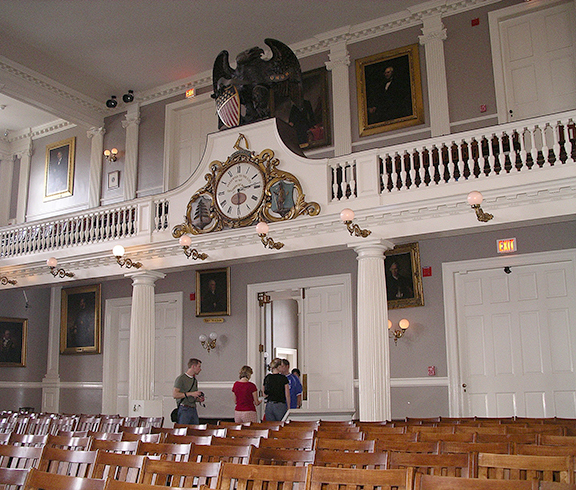