Featured image: A scene from a laser light show by Nu-Salt Laser International. The City of Lake Oswego is replacing the traditional July 4 fireworks with one of Nu-Salt’s laser light shows this year.

The City of Lake Oswego is holding its grand Fourth of July celebration this year, but one traditional item will be missing. The city is replacing the fireworks with a laser light show and calling the event the Fourth of July Illumination Celebration.

Nu-Salt Laser International will run the show, which consists of the lasers with a fog machine, a screen, and trees as backdrops.

The city cites two advantages to a laser light show: no sparks and cinders that can catch fire, and stress-free animals whose sensitive ears suffer from the loud fireworks.

An eagle begins flight in a laser light show by Nu-Salt Laser International.

Before the laser light show, DJ Danny of The Bull radio spins all-American favorites.  Hula hoopers twist and turn with glow-in-the-dark hoops, and Tuxedo Jimmy twists balloons. Food and drink are for sale from from Koi Fusion, Dogs and Fries, Kona Ice, MexiRican, and Ancestry Brewing.

Other events will be held in the morning through early afternoon. The Star Spangled Parade starts at 10 a.m. along A Avenue, continues along Second street, and ends at Millennium Plaza Park. The parade includes a flyover by the West Coast Ravens.

After the parade at Millennium Plaza Park, enjoy live music from the Gospel Hooligans, the Presentation of Colors by local Girl Scouts, a pie-eating contest, and delicious food from these vendors:

Fun for the kids includes animal balloons and face painting.

Blankets, pillows, and low-sand chairs are allowed into the park, but no outside food or drink is allowed.

Get more details about the daytime festivities here and the Fourth of July Illumination Celebration here. 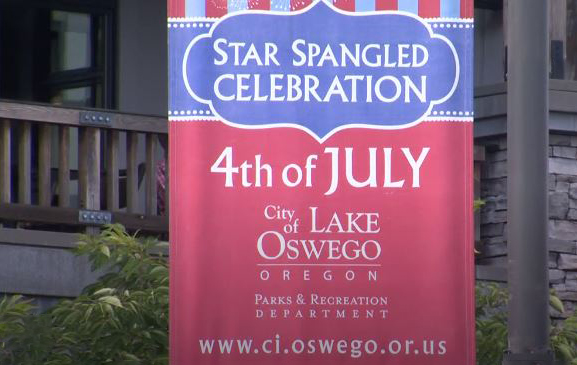