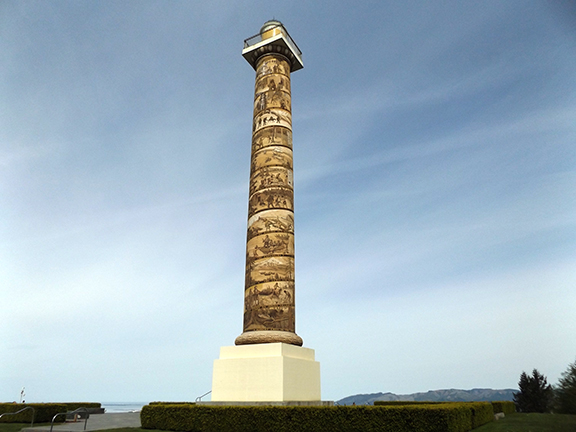 The Great Northern Railroad and Vincent Astor, great-grandson of John Jacob Astor, the founder of Astoria, built the Astoria Column on the highest hill in town in 1926. Murals on the monument tell the story of the discovery and settlement of the Columbia River until the railroad arrived.

Gray, a merchant sea captain, is best known for pioneering the American maritime fur trade along the Pacific Coast in connection with two trading voyages he led from 1790 to 1793. He was the first American captain to circumnavigate the globe and explore the Columbia River.

President Thomas Jefferson commissioned Lewis and Clark to explore and map the newly acquired Louisiana Purchase in 1803. Jefferson’s main objectives were to find a practical route across the western half of the U.S. and establish an American presence there before Great Britain and other European powers tried to claim it. His secondary objectives were scientific and economic:

The Lewis and Clark Expedition, also known as the Corps of Discovery Expedition, started on August 31, 1803. The Corps of Discovery began making preparations for the long journey and wintered at Camp Dubois, near present-day Wood River, Illinois. Clark and the corps left the camp on May 14, 1804, and met Lewis in St. Charles, Missouri, near St. Louis, to begin the journey.

The corps reached the mouth of the Columbia River in Astoria in November 1805. They started building Fort Clatsop on December 10, 1805, moved in by Christmas, and spent a harsh winter there. They returned to St. Louis on September 23, 1806.

The Astoria Column is made of concrete and has a foundation 12 feet deep. Construction cost $27,134, which equates to almost $400,000 today.

The Astoria Column is lighted on New Year’s Eve, New Year’s Day, Martin Luther King Jr. Day, Presidents Day, Astoria’s Birthday on April 12), Memorial Day, the Fourth of July, the Astoria Regatta, Labor Day, Veterans Day, Thanksgiving, Christmas Eve, and Christmas Day. Sometimes the Friends of the Astoria Column, a nonprofit organization responsible for the preservation and stewardship of the column, turns on the light for other special events like the annual Astoria Scandinavian Midsummer Festival.

When we visited in April 2019. the Friends of the Astoria Column had installed a new LED light system a week earlier and were testing it. The lights change colors. During the night we were there, they were pink and white.

For today’s tour, we’ll look at some of the murals on the column and enjoy the views.

Some Murals on the Astoria Column 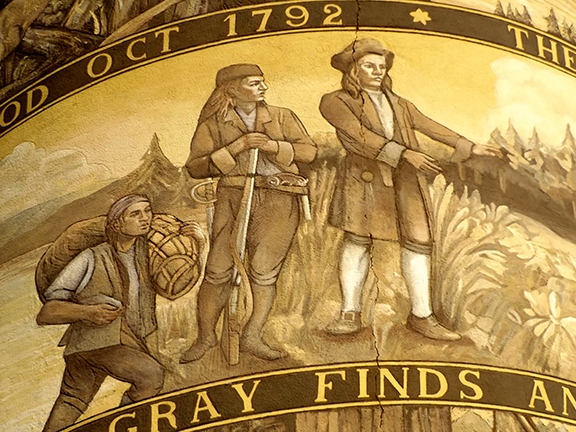 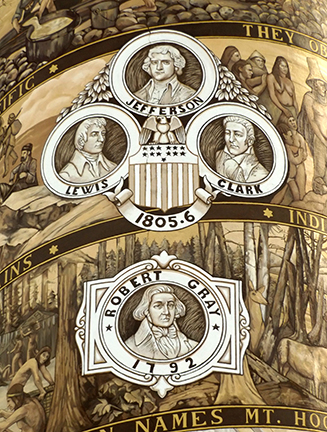 Views at the Astoria Column 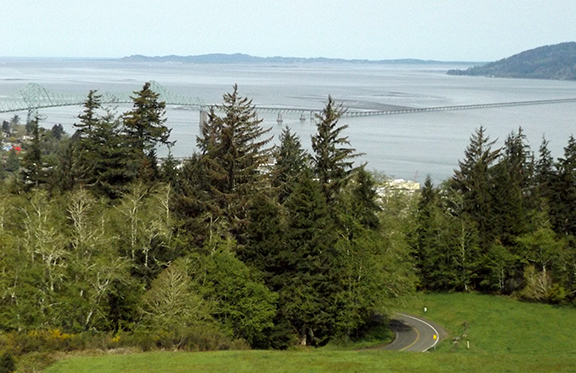 The mouth of the Columbia River and the Pacific Ocean 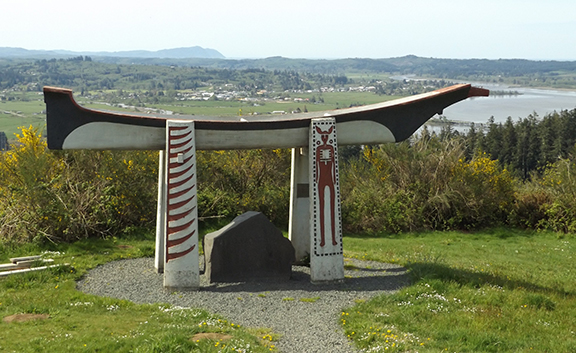 A replica of a Native American canoe 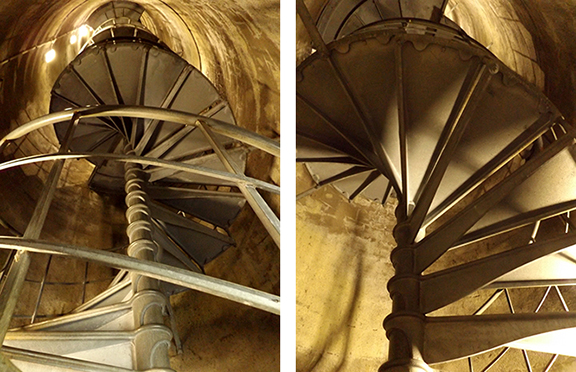 The spiral staircase to the top of the Astoria Column. There are 164 steps to the top, where there are a replica of the Oregon state seal and more beautiful views of the Pacific Ocean and Columbia River.

A map of the Lewis and Clark Expedition from a sign at the Astoria Column, provided by the National Park Service