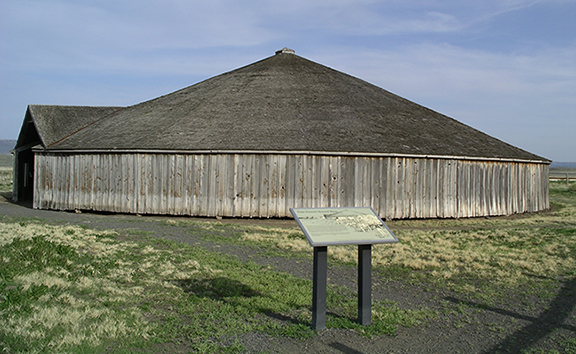 The Round Barn, 56 miles south of Burns in Oregon’s southeast corner, is among the remnants of Peter French’s 70,000-acre ranching empire in the late 1800s. He arrived in southeastern Oregon in 1872 and acquired land quickly, along with thousands of head of cattle and sheep.

The barn was French’s design. His vaqueros used it as a corral and to train horses.

Today, the Round Barn is an Oregon State Heritage Site, and volunteers maintain the barn and property. A separate building containing a visitor center, bookstore, and gift shop is located at the site, and the Malheur National Wildlife Refuge is nearby.

The entrance to the Round Barn in Southeastern Oregon 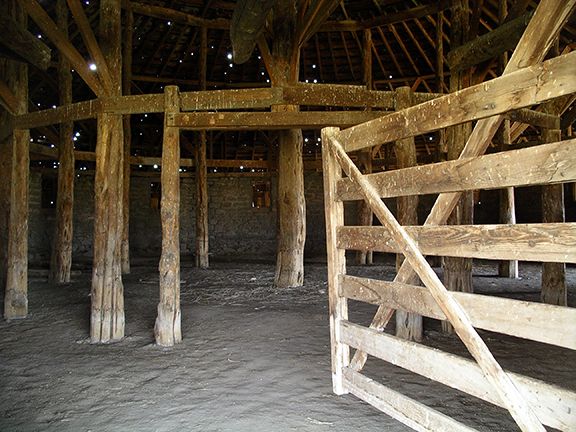 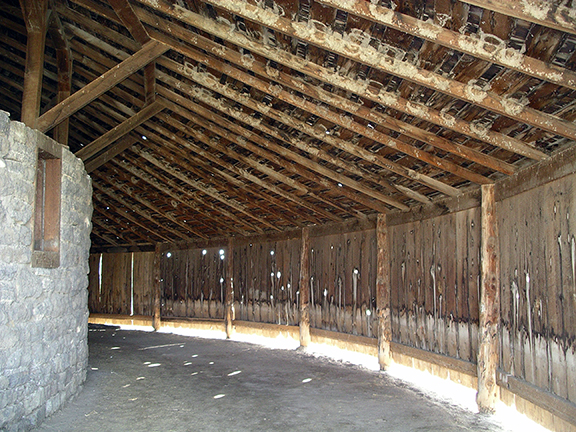 The outer paddock, used for training horses in the Round Barn in Southeastern Oregon. The circular paddock is 20 feet wide and allowed the horses in training to walk smoothly and continuously in a safe environment. Corners would have impeded their progress. 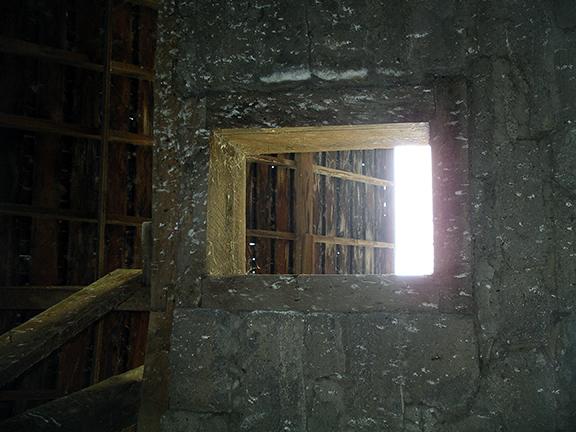 A window in the Round Barn. The windows were used for lighting and ventilation.