I discovered the Crystal Springs Rhododendron Garden in in the Eastmoreland neighborhood near Reed College in Portland, Oregon, a year ago when local station KOIN-TV featured it on the evening news. It was past rhododendron and azalea blooming season, but I decided to visit the garden anyway out of curiosity. Even during the summer, there’s a lot to see and enjoy.

Different flowers are in bloom—although I found a few azalea blossoms and buds hanging in there.

There are also beautiful views of ponds and waterfalls.

Ducks swim in the ponds and take naps near the shore.

Squirrels love to hang out in the garden as well.

All of the flowers and plants, more than 2,000 varieties, have been donated. The oldest rhododendron in the garden was planted before 1917.

The garden is at the old Crystal Springs Farm, originally owned by former Portland City Mayor William S. Ladd, who served two terms in the 1800s, was the original owner of the property where the Garden is located.

In 1950, the Portland Chapter of the American Rhododendron Society wanted a display and test garden in the city. Sam Jackson, owner of the Oregon Journal newspaper, donated 27 acres on Terwilliger Boulevard, but the steep terrain wasn’t suitable. The society found the current five-acre site.

In 1950, a special ordinance from the City of Portland officially established the garden, which is maintained by the Portland Parks and Recreation Department and the Portland Chapter of the American Rhododendron Society. 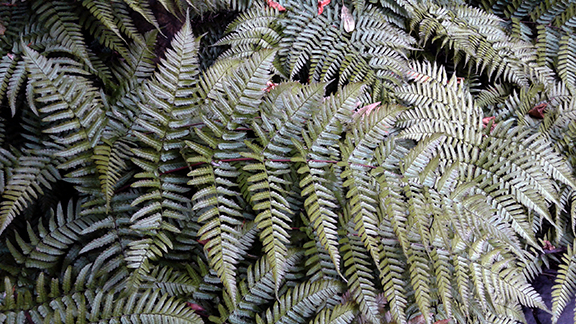 The garden is located at 5801 SE 28th Avenue, between SE Holgate and SE Woodstock, in Portland. There’s a fee for admission, but parking is free in a small lot at the entrance to the garden. If the garden’s parking lot is full, you can park in the lot across the street at the Reed College Performing Arts Building.

If you prefer public transportation, Tri-Met’s bus #19 (Woodstock) takes alternating routes as it goes through Eastmoreland. Ask the driver for the stop nearest the garden. Plan your trip on Tri-Met. 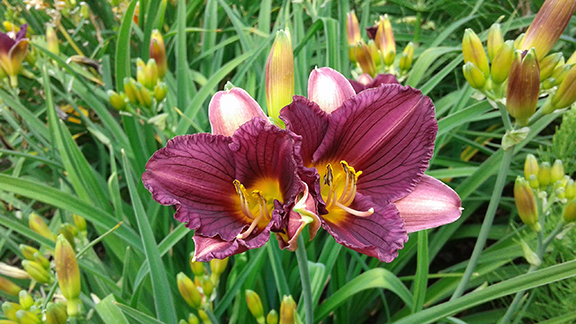 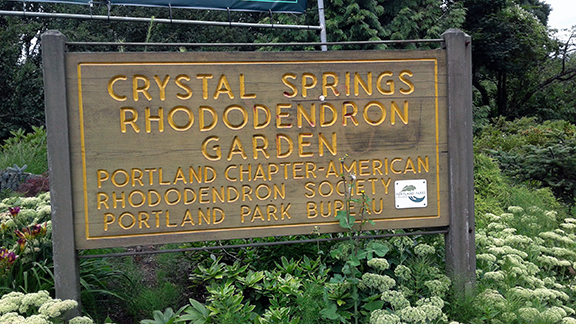