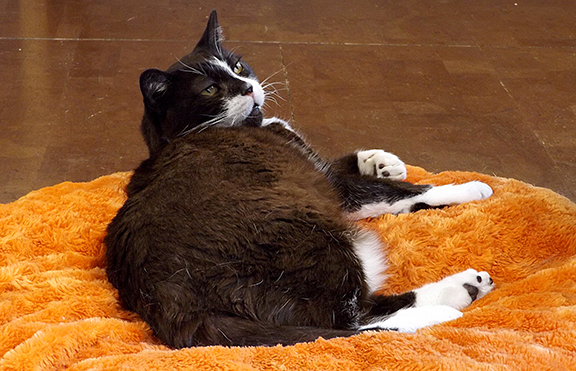 For coffee and cat lovers, the latest rage in the United States is the best of both worlds. Order your favorite caffeinated beverage and carry it into a room that’s best described as a playground for cats. Shelves with pillows and blankets, attached to window sills, give curious cats a panorama of the world. Scratching posts, obstacle courses, and toys are scattered throughout, ready for action when a kitty’s energy burst strikes. And when they’re exhausted, they can crash on soft, textured beds on the floor, inside a scratching post shelter, or under a small table.

There are also tables and chairs for the humans, where you can read, work on your laptop, and surf your phones while sipping that coffee. A friendly kitty might stop and say hello in its own special way, or might not. You can initiate contact—on the cat’s terms, of course.

These lounges also help humans and cats to meet and decide whether they want to live together. Yes, you can adopt these cats.

The concept of cat cafes began in 1998 in Taipei, Taiwan, expanded into Japan, and eventually spread throughout the world. The first cat café in the U.S. opened in 2014 in Oakland, California.

Another West Coast lounge, The Cat Cafe in San Diego, opened two years ago, and as of today, has adopted more than 200 cats.

During my visit at The Cat Cafe today, I met seven cats. Five allowed me to pet them. One wasn’t interested but allowed others to pet him. The other cat was more interested in playing his own games than interacting with humans—although he allowed one person to play with him for a few seconds. 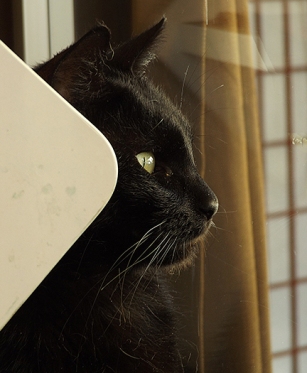 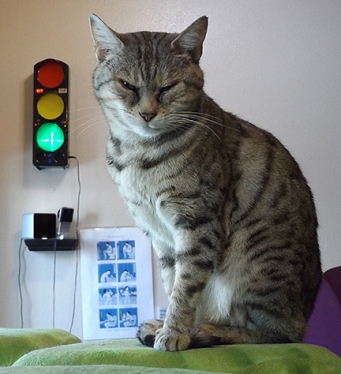 Appointments aren’t required if you want to hang out with the kitties at The Cat Cafe—only if you want to adopt. To visit, stop by the café at 472 Third Avenue in San Diego’s Marina District, three blocks north of the San Diego Convention Center. Admission is free if you buy a drink or Cat Cafe souvenirs; otherwise, you’ll pay $5. Hours are 8 a.m.-3 p.m. daily. Street and garage parking are nearby.

One thought on “Sip coffee, play with kitties in downtown San Diego”