The Emerald Necklace is a network of parks in the center of Boston. It’s the oldest linear park system in the nation. Landscape architect Frederick Law Olmsted designed built the necklace from 1878 until 1896. Trails shared by walkers, runners, cyclists, and skaters wander through forests, cross stone pedestrian bridges, and pass ponds and lakes.

In 1998, the Emerald Necklace Conservancy formed to care for the park system. The organization celebrated its 20th anniversary August 11-October 31, 2018 with Fog x FLO, a citywide exhibition of climate-responsive fog sculptures by Fujiko Nakaya, the world’s first fog artist. She began creating sculptures from fog more than 50 years ago.

Nakaya installed five sculptures throughout the Emerald Necklace (see the map at the bottom of this post). She generated the sculptures from water sprayed through strategically placed hoses with nozzles every hour from 9 a.m. until 6 p.m. The spray created fog that changed shapes as it densened and evaported.

During a business trip to Boston in October 2018, I walked to the Fog x Canopy sculpture near the Shattuck Visitor Center, across from the Museum of Fine Arts (MFA) and Isabella Stewart Gardner Museum. I arrived a few minutes before the fog started.

I saw the water spray from a vertical hose that created fog across the trail. The fog clouds floated to a nearby pond where ducks swam in the late afternoon light. The sun’s rays pierced the fog, creating beautiful lighting effects. The hose sprayed about five minutes, but the fog lasted for a half hour.

Although the asphalt walks were wet, I noticed that people who walked through the spray weren’t soaked. I watched at the edge of the spray but didn’t feel it. 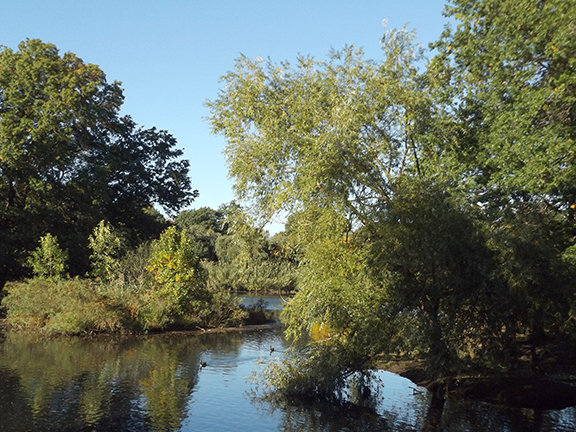 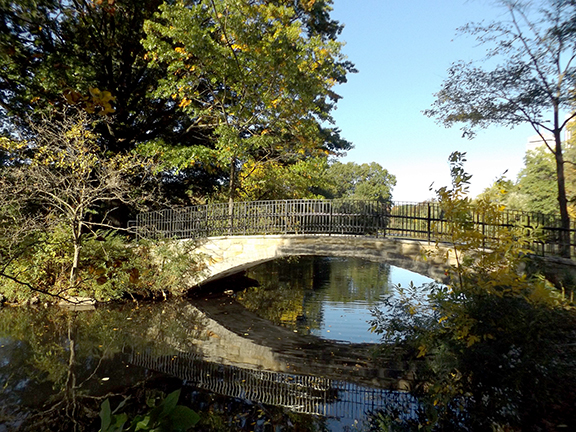 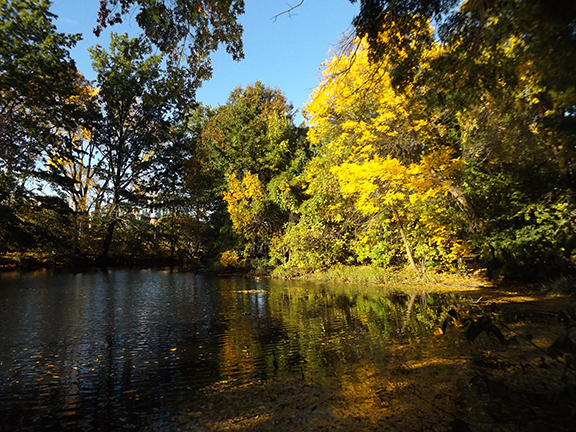 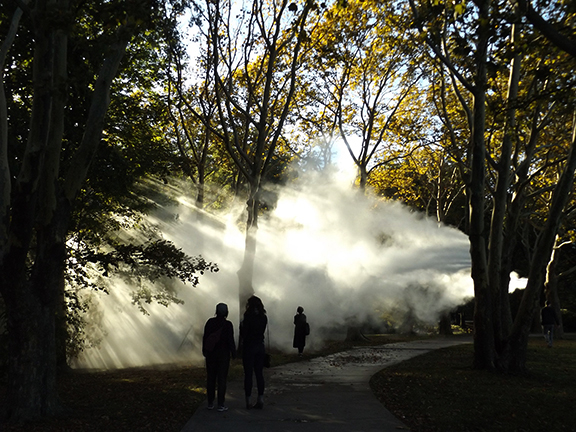 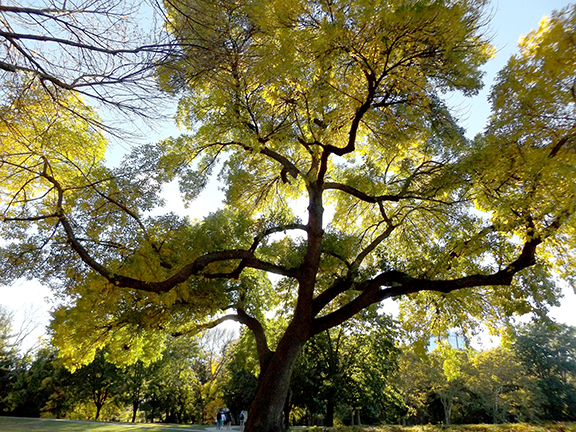 Here’s the map of with all six sculptures in the Emerald Necklace. The purple circle at the top shows the location of the sculpture I saw.

Four of Fujiko Nakaya’s fog sculptures are on permanent display: