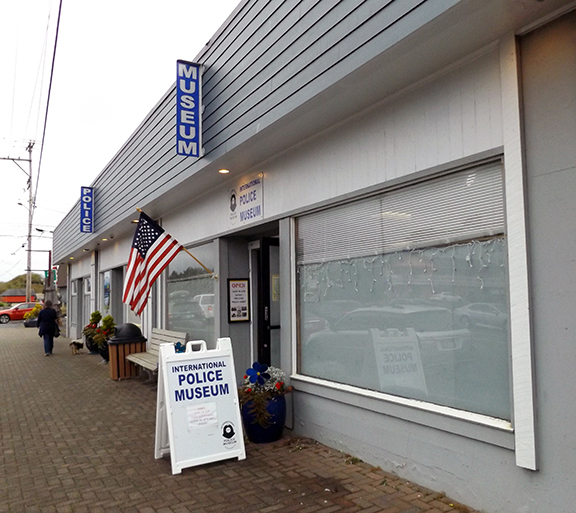 A few steps from Grumpy’s Cafe and next door to the Rockaway Beach Police Station is a site you probably wouldn’t expect to see in a small ocean town like Rockaway Beach, Oregon—the International Police Museum.

The museum is small, but the vastness of its collection more than makes up for its size. It covers just about everything related to law enforcement. Displays include the history of policing, the people in law enforcement, uniforms from around the world, weapons used in policing throughout history, tools used in police investigations, and police badges.

The collection started with artifacts Ed Wortman acquired during his 41-career in law enforcement. He served the last eight years of his career at the Chief of Police in Rockaway Beach. Now he’s the Executive Director of the International Police Museum.

New items are added to the collection “almost daily”, according to the museum’s website.

Admission is free. Donations are appreciated.

Inside the International Police Museum in Rockaway Beach, Oregon 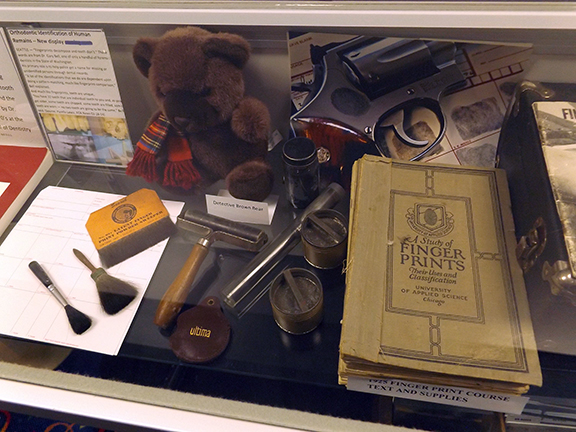 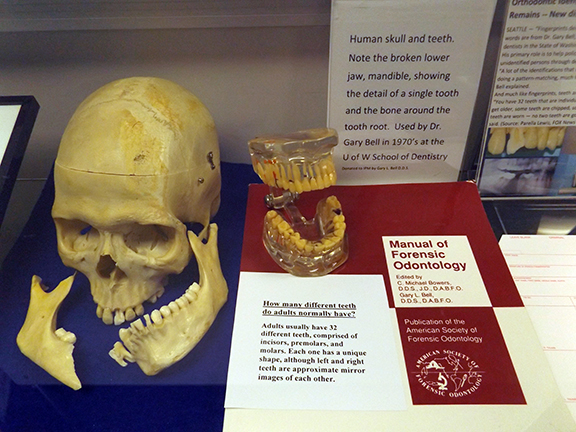 A display commemorating the Legion of Frontiersman. The sign in the display reads, “Group founded in 1910 by Roger Peacock, formerly of the Northwest Mounted Police, to foster vigilance in peace time. Formally affiliated with the RCMP in the1930s, it slowly faded in the late 40s, after the Second World War. Throughout the British Commonwealth, various Legion of Frontiersmen groups still exist for ceremonial purposes.”