Shakespeare festivals are all over the Pacific Northwest, but the Original Practice Shakespeare improv company brings performances to a different level. The company uses the original practice techniques of Elizabethan England, consisting of limited rehearsals, scrolls in hand, audience interaction, and an onstage prompter. 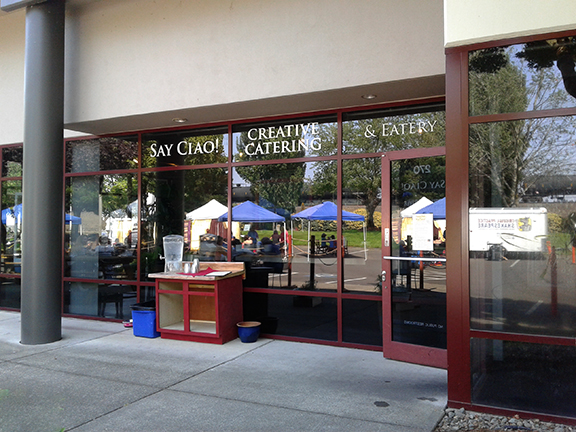 The Original Practice Shakespeare actors each have a scroll with only their parts. They haven’t seen the parts from the other actors on stage. The prompter, dressed like an umpire, interrupts the show at different points for various reasons. In “The Gentleman from Verona”, she asked the actors to more deeply show their expressions of admiration when they’d say they were in love with someone, or sometimes have a break where she’d ask the actors and audience to get up and dance. 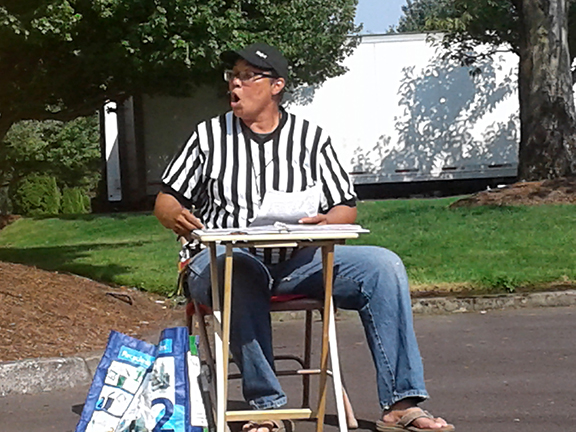 The bistro is across the Columbia River from the Portland International Airport, which means that there’s a lot of noise when the planes ascend. When the noise got too loud, the prompter stopped the play and asked the actors to do a pantomime routine or the audience to participate in an exercise with the actors.

The show lasted four hours but was a relaxing diversion filled with laughs on a sunny Sunday afternoon. 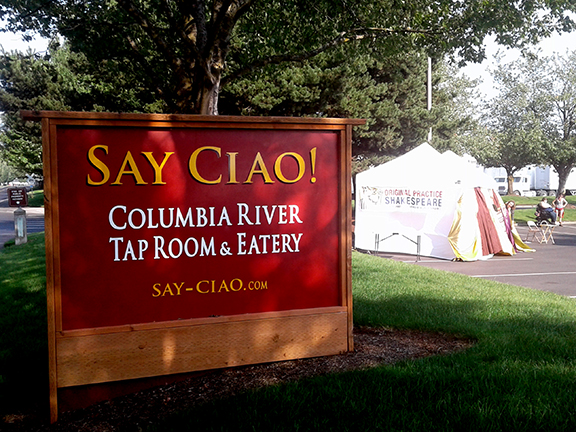 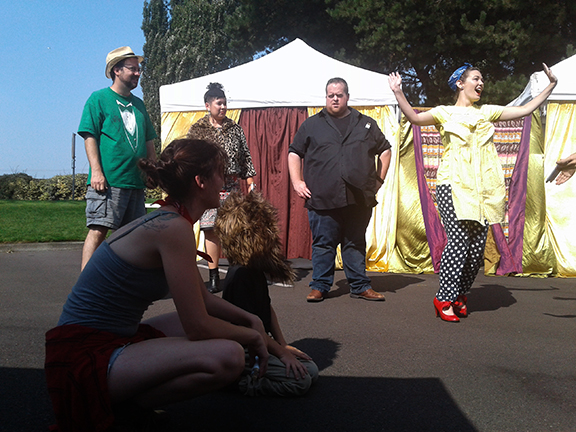