In 1894, Catawba County Commissioners asked the owners of the Bunker Hill Farm to build and maintain a bridge that would cross Lyle Creek on the old Island Ford Road, formerly a Native American trail. They hired Andy L. Ramsour for the job, and he completed the bridge in 1895.

In 1985, the Bolick family donated the bridge to the Catawba County Historical Association. The association restored the bridge in 1994 with the help of master bridgewright Arnold M. Graton from Ashland, New Hampshire. 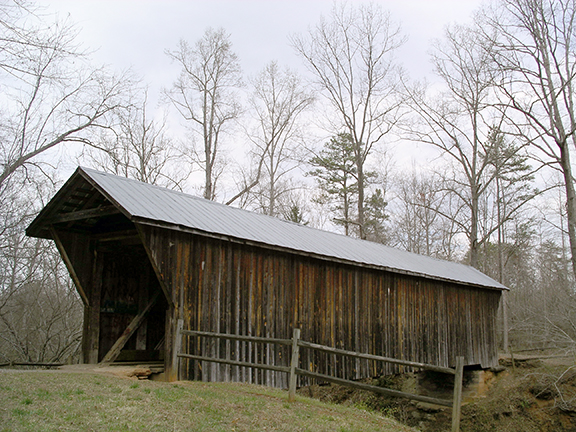 The bridge is located two miles east of Claremont on U.S. Highway 70, 45 miles north of Charlotte.