Maine has an estimated 76,000 moose, which is the highest population in the United States outside Alaska, so if you know where and when to go, you have a good chance to see one or even a few.

The best places to see them are in swampy, boggy areas, but I’ve also seen them on strolls in the woods or hanging out at the side of the road. They love to stand in shallow water, where there are a lot of tender grasses they can munch on. They also roll in the mud to protect themselves from mosquitoes and flies.

Here are the prime spots to see moose in Maine:

The best times to see the moose are at dawn and dusk. If you decide to go out on your own, remember that moose stress out easily and are unpredictable. If you see a moose, please keep these tips in mind: 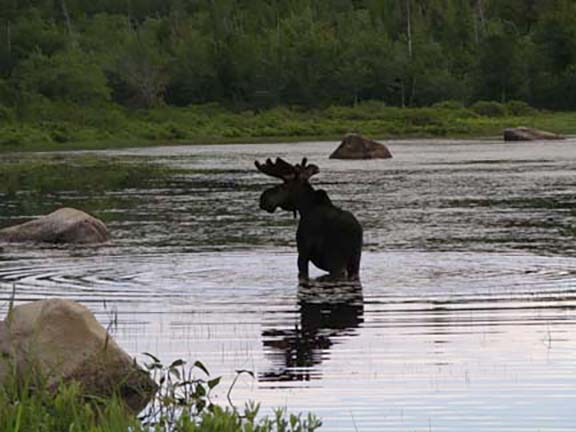