The pictures in today’s armchair photo tour are from a bear watching tour through Regal Air. These tours are 10 hours, and lunch is included. The flight is three hours fifteen minutes each way.

I arrived at Regal Air’s base in time to see a colorful sunrise. 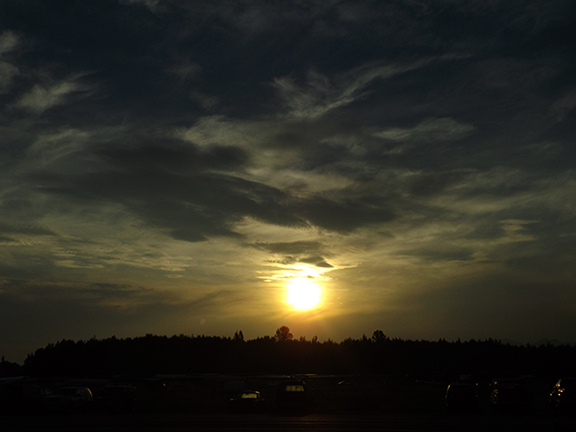 After sunrise, there were some beautiful reflections in the calm water. 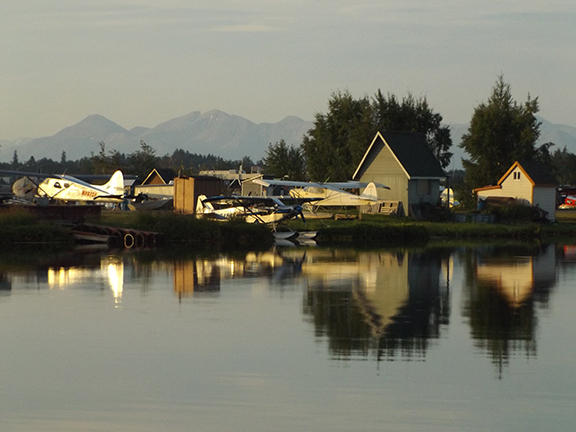 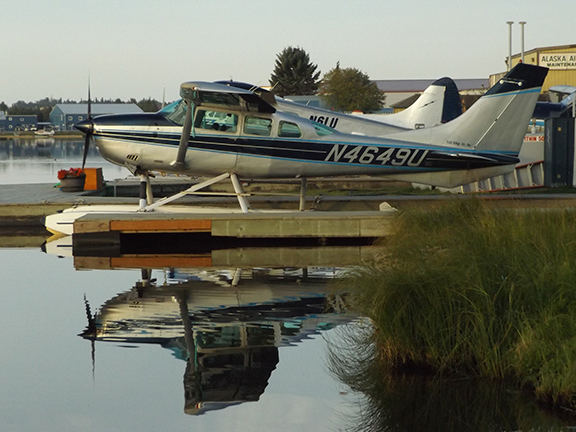 We met the pilot and co-pilot, who were also our tour guides, at 7:30 a.m. They gave us a safety briefing, and then we boarded a floatplane to start our journey. 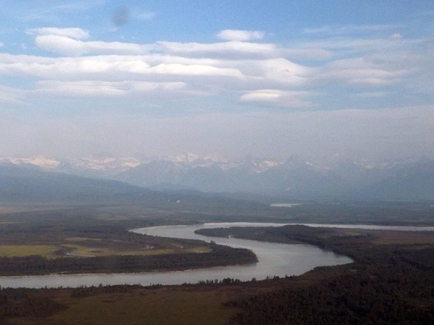 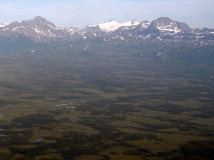 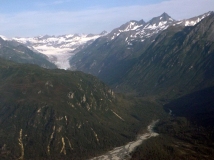 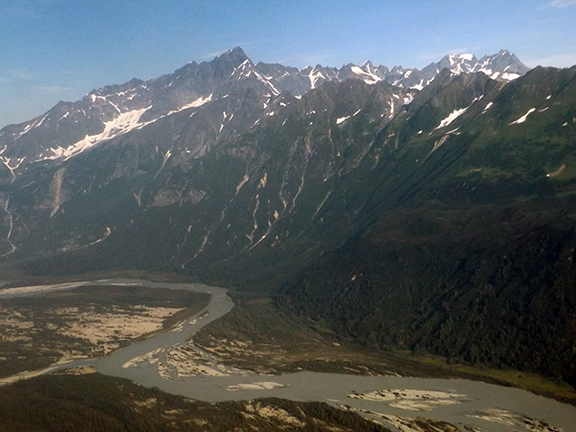 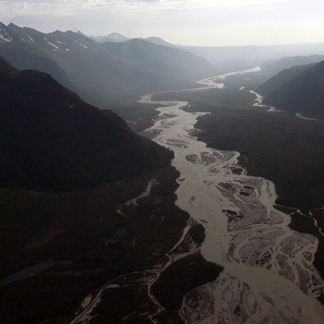 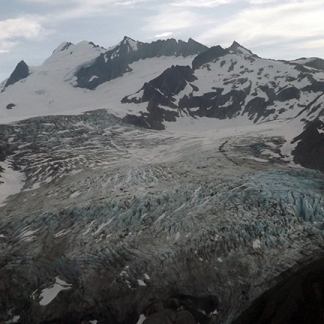 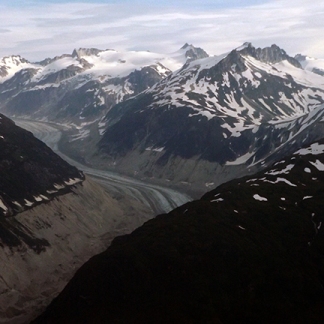 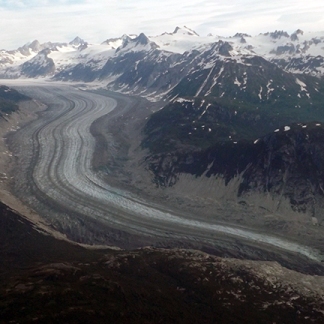 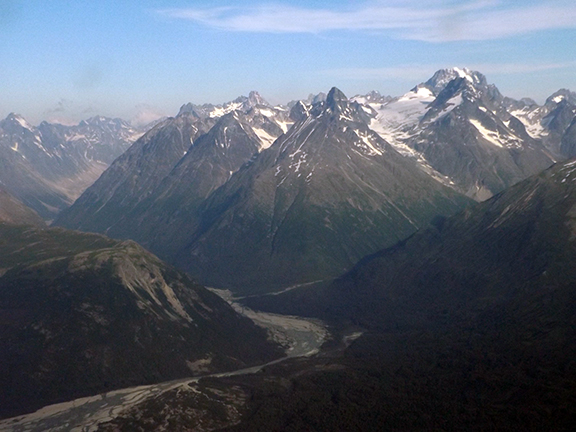 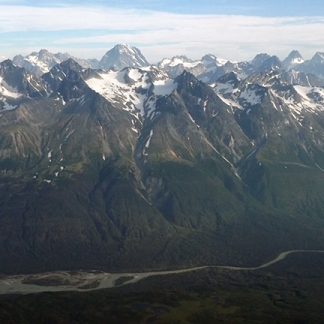 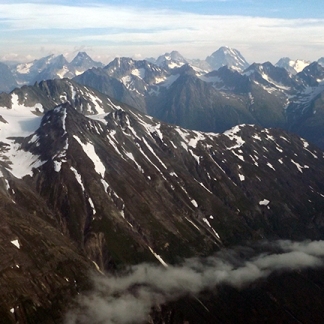 Almost two hours into our flight, some dark clouds appeared on the horizon. The pilot and co-pilot decided to land, because it appeared a storm was heading our way. We landed in a remote community to wait and see where the storm would go.

I walked around but stayed close to the floatplane. I saw some wildflowers in a field across the gravel road from our landing spot and snapped several pictures. This overturned boat was an interesting subject in a sea of flowers. 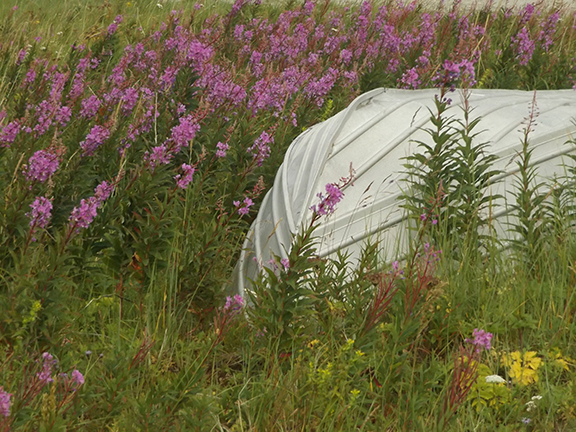 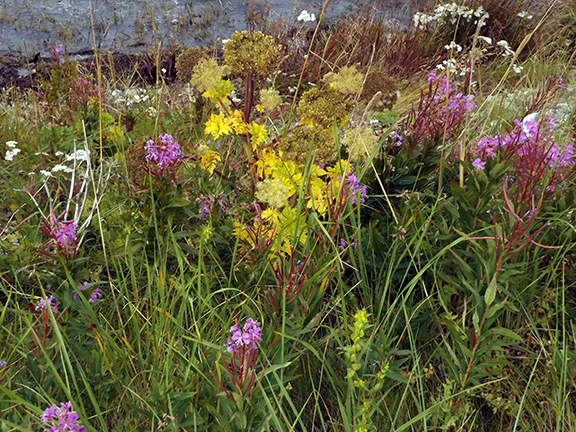 I also saw a bald eagle. 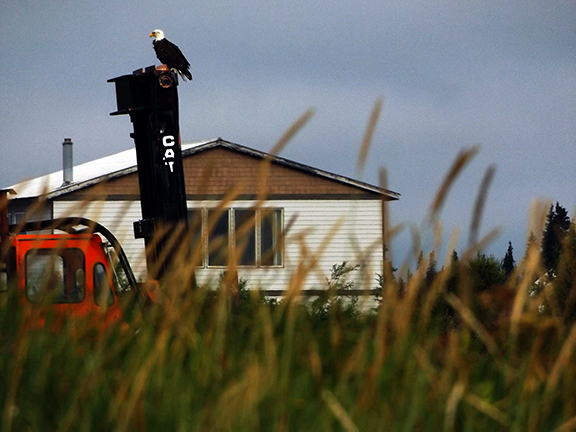 After 45 minutes, the clouds moved in the opposite direction, so we boarded the plane and continued our journey to Katmai. 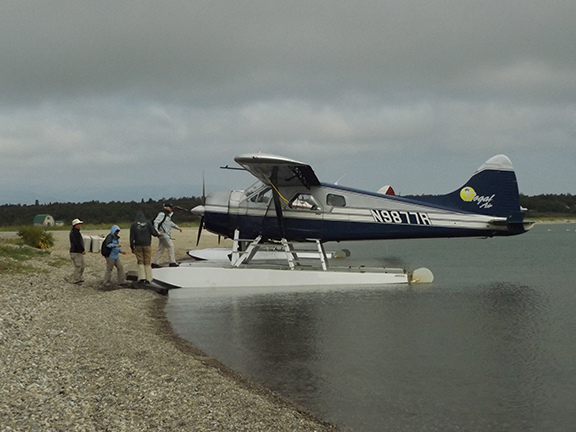 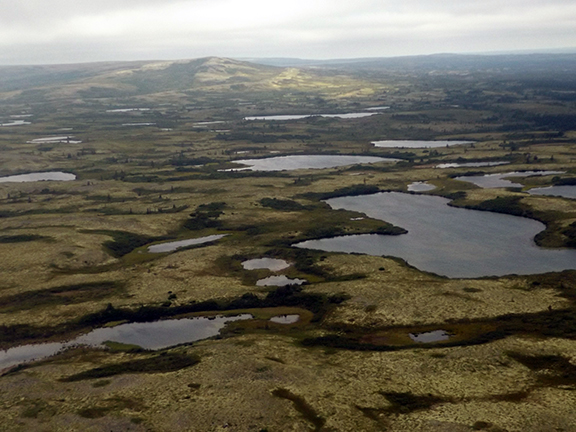 Next, we’ll land at Katmai, finish a bear safety orientation with a park ranger, and go on a hike to the bear viewing platforms at Brooks Falls. Continue the journey here:
Armchair photo tours: Katmai National Park and Preserve

One thought on “Armchair photo tours: A flight from Anchorage to Katmai National Park and Preserve”